We are a consulting company focused on the implementation of the BIM technology and we are helping clients to implement it since 2009. Using BIM technology you can better understand with other partners at different stages of design, construction and operation of the building.

We help you to transfer from the 2D CAD to the BIM using the Autodesk Revit® platform. Thanks to the implementation we will teach you to use the Autodesk BIM platform while maintaining the current work productivity.

We are trying to standardize the BIM technology in the Czech Republic and are active members of the BIM Expert Council (czBIM) and the Technická normalizační komise TNK 152 (Technical Standards Committee).

Cadconsulting has been with you for nearly for 10 years. We have our branches in Prague, Brno and the IRIVET Software House Company, with whom we cooperate on the projects in Dubai. And we’re still growing.

Ruda established our company in 2009 and he manages company’s operations and everything related to the management of the company, e.g. assigning people to individual projects, investment decisions, etc. However, if necessary, he is not afraid to return to the roots and consults or assists with projects.

Prior to the establishment of the company, Ruda worked as an application engineer at companies Autodesk and TechData Distribution. He graduated in Civil Engineering at Czech Technical University (CTU) in Prague where he also gained a Doctorate degree.
His diploma thesis was awarded the best diploma thesis in 2003 in a competition held by the Skanska company. 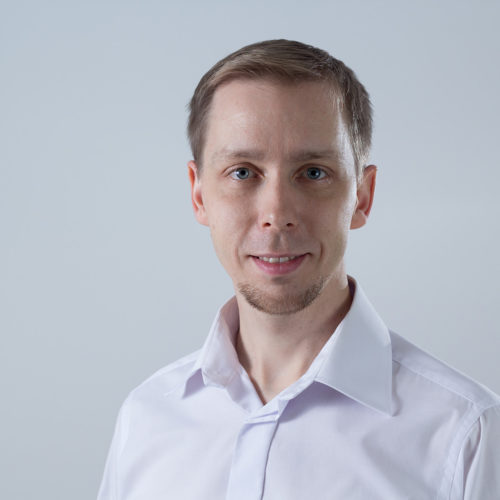 Jakub is the head of the team specialising in building services engineering. His experience is based on many years of consulting and designing in Revit. He participated in projects for Amazon, Lidl, Jaguar & Land Rover, etc., while working in the CC.

He graduated in Architecture and Civil Engineering at CTU in Prague. Since the secondary school, he has gained a lot of experience with various types of software (Spirit, Allplan, ArchiCAD, Microstation, AutoCAD, and Revit) which he applies to his everyday work. In addition to project implementations, he prepares families for manufacturers, plug-in development for building services, and takes part in projects for CC clients. 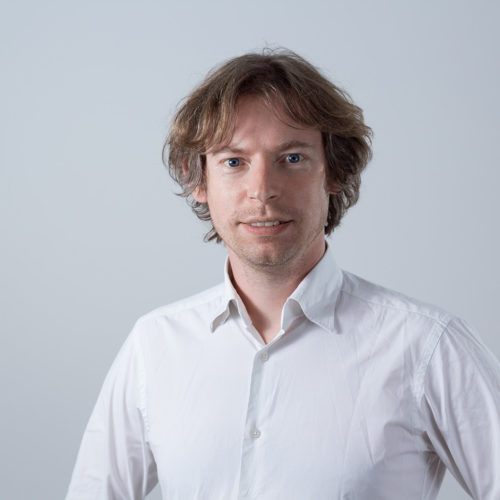 Lukáš is the head of the team specialising in the architectural and construction profession. He is responsible for the implementation process and production of families as well as the content and conceptual design of libraries. Lukáš is also a member of the CCtools development team.

Lukáš first encountered Revit as a regular designer back then when BIM was just about to come to life in the Czech Republic. He was at the origin of cad consulting and the first implementations at customers. During the years he spent on designing and follow-up implementations, Lukáš gained extensive experience that he is now trying to pass on. He graduated from Secondary School of Civil Engineering and then studied System Engineering at CTU. 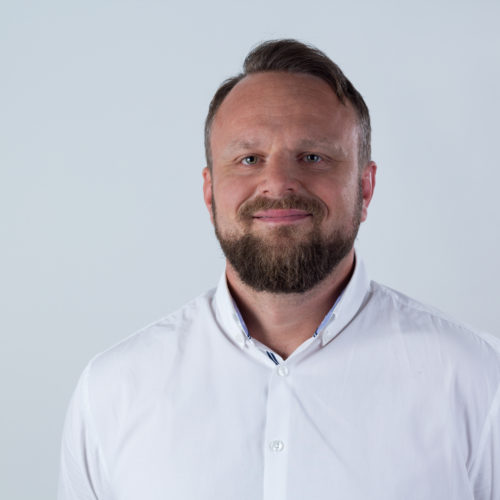 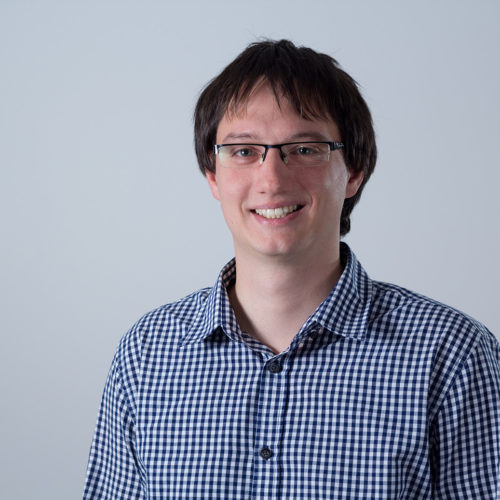 Jirka manages the development team which is responsible for CCtools tool and a number of other superstructure applications that help to make our lives easier. He also deals with BIM implementations in the area of building services engineering.

Jirka studied Technical Security of Buildings at Brno University of Technology. He first came across Revit at secondary school where he became involved in creating a school template. He has been working in the field of building services engineering in Revit since finishing his university studies. In his diploma thesis, he aimed to use information from the model for practical designing. 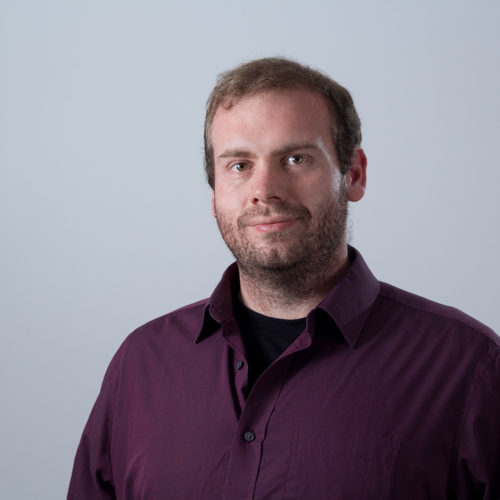 Dan is a member of the building services engineering team and specialises in creating families. He participated in creating products for HL and Dallmer.

He graduated in Environmental Engineering with the focus on urban planning and spatial planning at CTU in Prague. 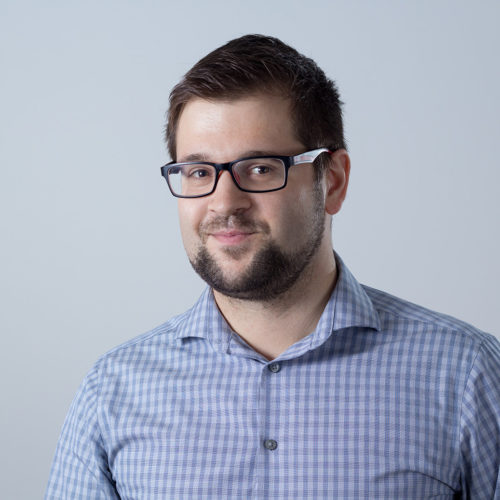 Sales representative for the Czech Republic and foreign countries

Marek deals with business and marketing activities of the company.
He graduated from the Faculty of Civil Engineering at Brno University of Technology. During his studies, he worked as a designer at Mr. Schwarz´s design company and as a technician at the DEK Atelier. He completed two internships in the USA under the auspices of BUT at the implementation company named Vaclav Metal Craft. Marek came third in the nationwide competition of secondary schools in drawing, so he has extensive experience with creating BIM models in ArchiCAD. After finishing his studies, he worked for LIKO-S as an export and development technician. 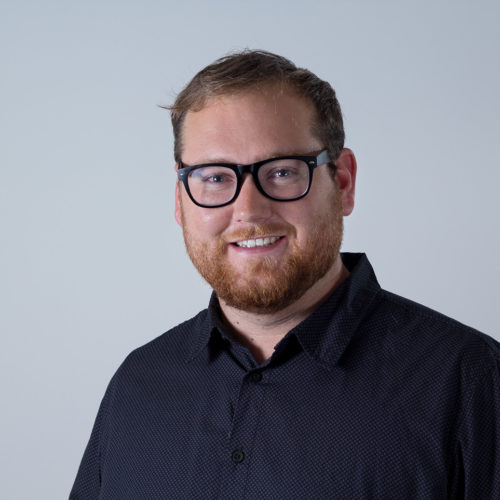 Martin is a member of the architectural and construction part of the team. He focuses on BIM implementations at design and implementation companies. He strives to make your work as easy as possible when creating Revit Families.
He was first introduced to BIM technology and Revit at Secondary School of Civil Engineering in Plzeň. He worked as a planning engineer and a building engineer during his studies at CTU in Prague. Since 2013, he has been working as a lecturer at Autodesk Academia Silicon Hill, where he tries to help students in their beginnings and give information on all BIM options. 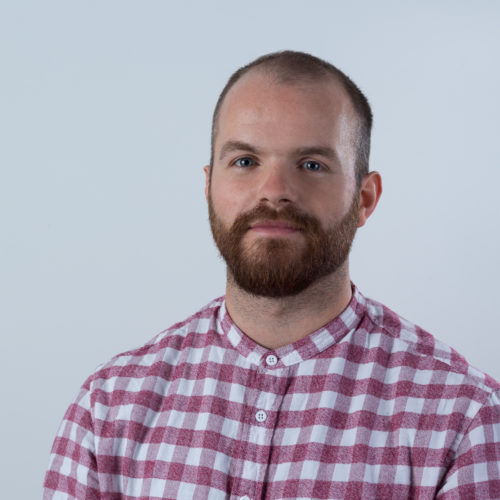 Adam works in the architectural and construction part of the Brno team. He deals with implementations of BIM technology, modelling of families and creation of models of real construction (as-built).

He acquired his international experience on the project of an as-built BIM model at one of the automotive production halls and as a training lecturer at university in Ulaanbaatar, Mongolia.

He graduated from the Faculty of Civil Engineering at Brno University of Technology, where he later taught Revit for beginners and advanced students. 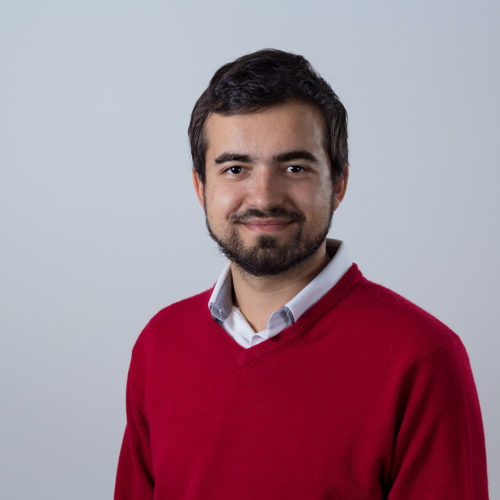 He studied Architecture and Civil Engineering at CTU in Prague. 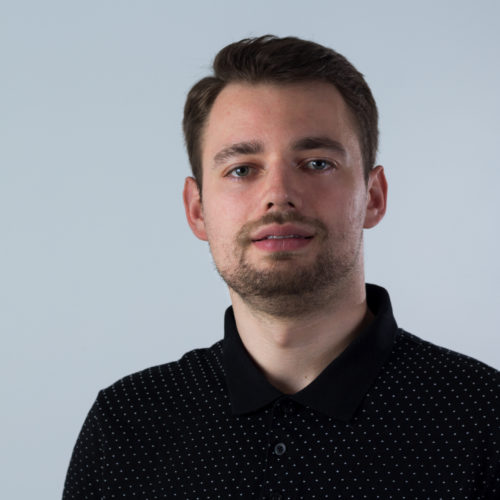 Jirka is a member of the building services engineering team. He focuses on the development of BIM modelling in the area of wiring and its implementation.

He graduated from CTU in Prague. During his studies, he worked at an architectural studio in Humpolec for two years and took part in the competition of students´ scientific and academic works (SVOČ) and was praised for his BIM work. Jirka studied in Seoul for some time and had an opportunity to collaborate on his diploma thesis with one of Seoul universities. The thesis dealt with information modelling of wiring. 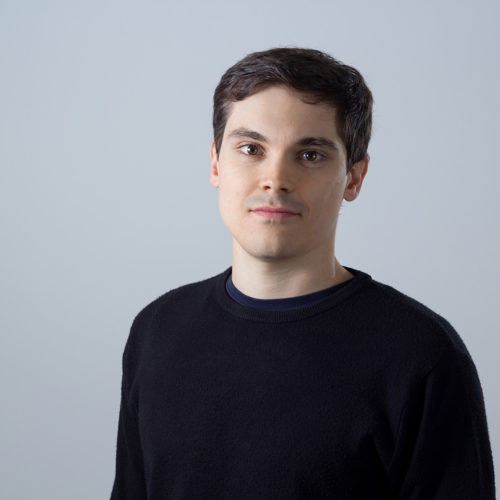 Filip is a member of the architectural and construction team and is currently working on projects in Dubai and the creation of families.

He obtained his Bachelor’s degree in Architecture and Civil Engineering at CTU in Prague and his Master’s degree in the field of Buildings and Environment. He wrote his diploma thesis in Vienna at BOKU University under the supervision of the architect Martin Treberspurg. 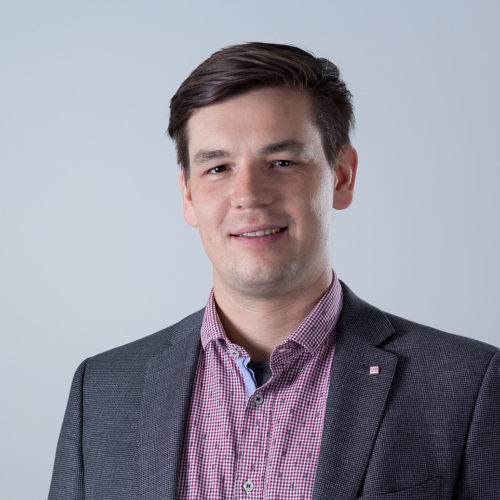 Kuba specializes in coordinating BIM projects. Currently, he is working in Dubai where he is involved in the coordination of Abu Dhabi airport terminal.
He graduated from the Czech Technical University in Prague, where he also taught BIM at the Department of Civil Engineering. Furthermore, he worked as a lecturer at Autodesk Academia for four years.
Kuba spent several months as an intern at universities in Norway, Macau and Kenya. 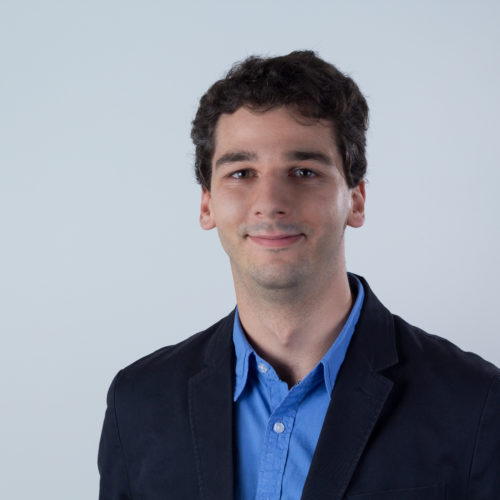 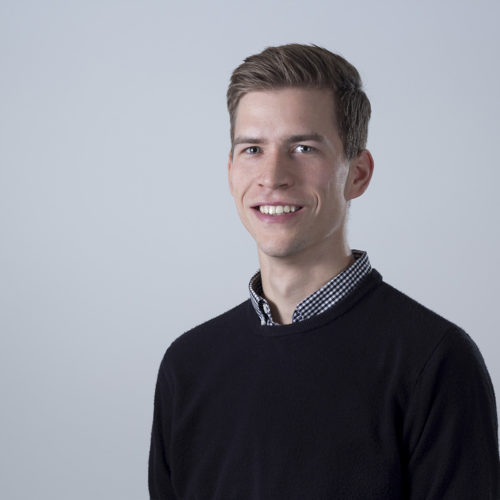 Dan works in the architectural and construction part of the team where he works on projects in Dubai.

He studied Architecture and Civil Engineering at CTU in Prague. He has two years of experience in the R.A.M. project, where he worked as a construction designer. 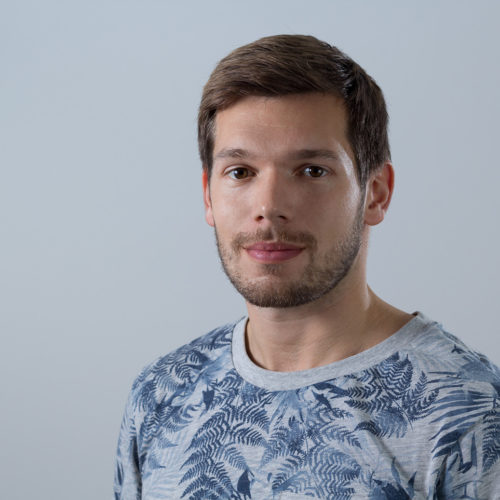 Pepa is a member of the architectural and construction part of our team and works on Slovak projects.

During his university studies, he worked as an architect at Capexus. At the end of his studies he gained experience abroad, at the design office under the Italian architect Alessandro Pepe in Porto.
He graduated in Architecture and Civil Engineering at CTU and is now continuing with the studies of the building services engineering in constructions. He took part in internships focusing on the construction of low-energy and passive buildings at the University of Applied Sciences Burgenland in Austria. 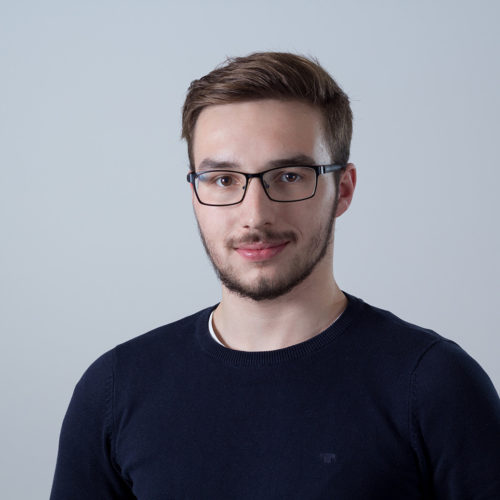 Dominik is a member of the development team and he deals with the creation of new applications designed to facilitate modelling and save time for designers.

He acquired his practical IT experience while working as an IT technician at Mendel Museum of Masaryk University, and then at LIKO-S, where he worked as an IT development technician. 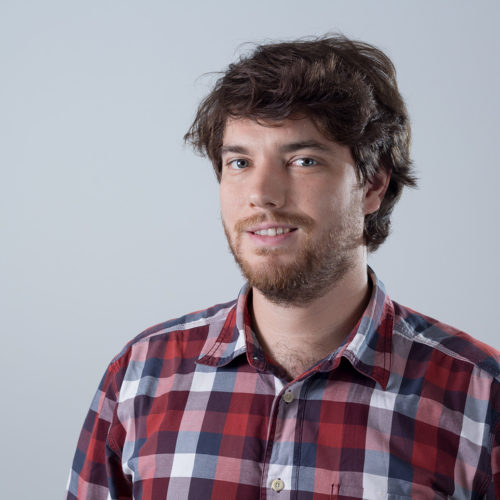 Lukáš works in the architectural part of the team, creates families and works on projects in Dubai.

He graduated in Building Structures at CTU in Prague. He first encountered Revit during his studies at university when working at the PM Group's design studio. After finishing his studies, he worked as a designer at the AED project studio, where he dealt with documentation at all its levels. 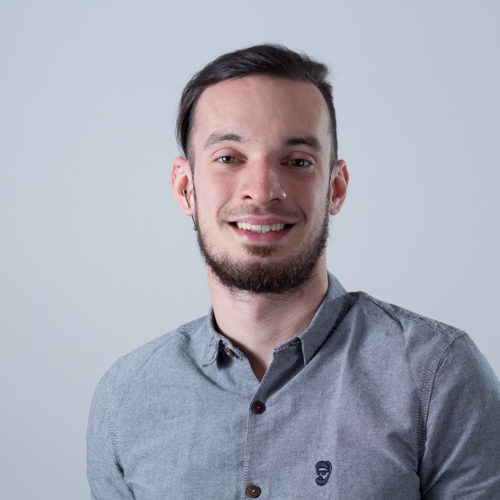 Filip is a member of the building services engineering team and deals with modelling families.

He studied Buildings and Environment at CTU in Prague. However, he also has experience with the statics, since he studied it in his Bachelor’s degree programme.
Filip has a two-year experience in building design at the axioHM architecture studio. 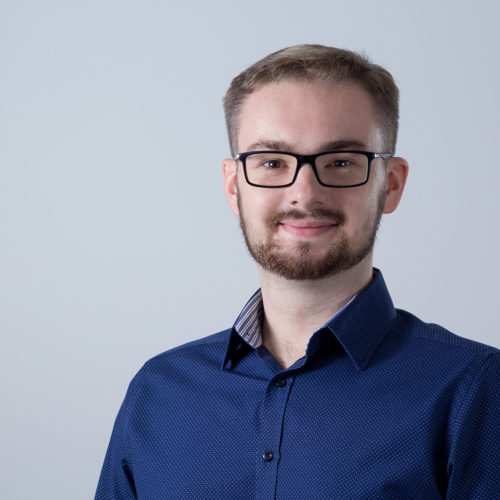 Stáňa works in the architectural and construction part of our team and focuses on statics and reinforcement of constructions.

He studied Construction of Civil Engineering at CTU in Prague. 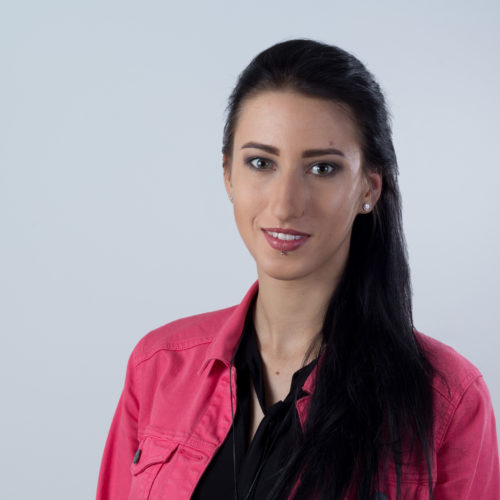 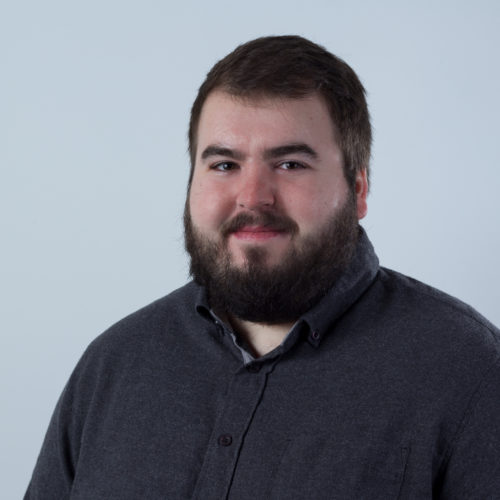 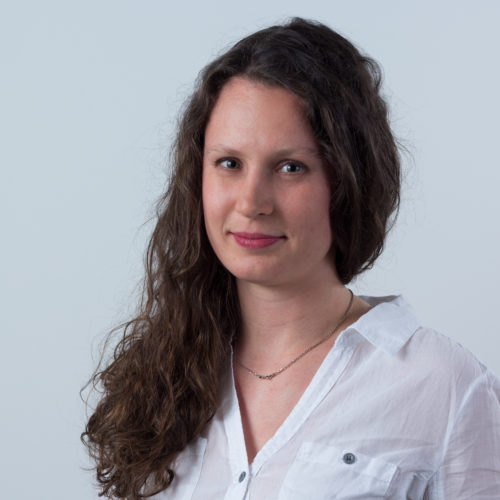